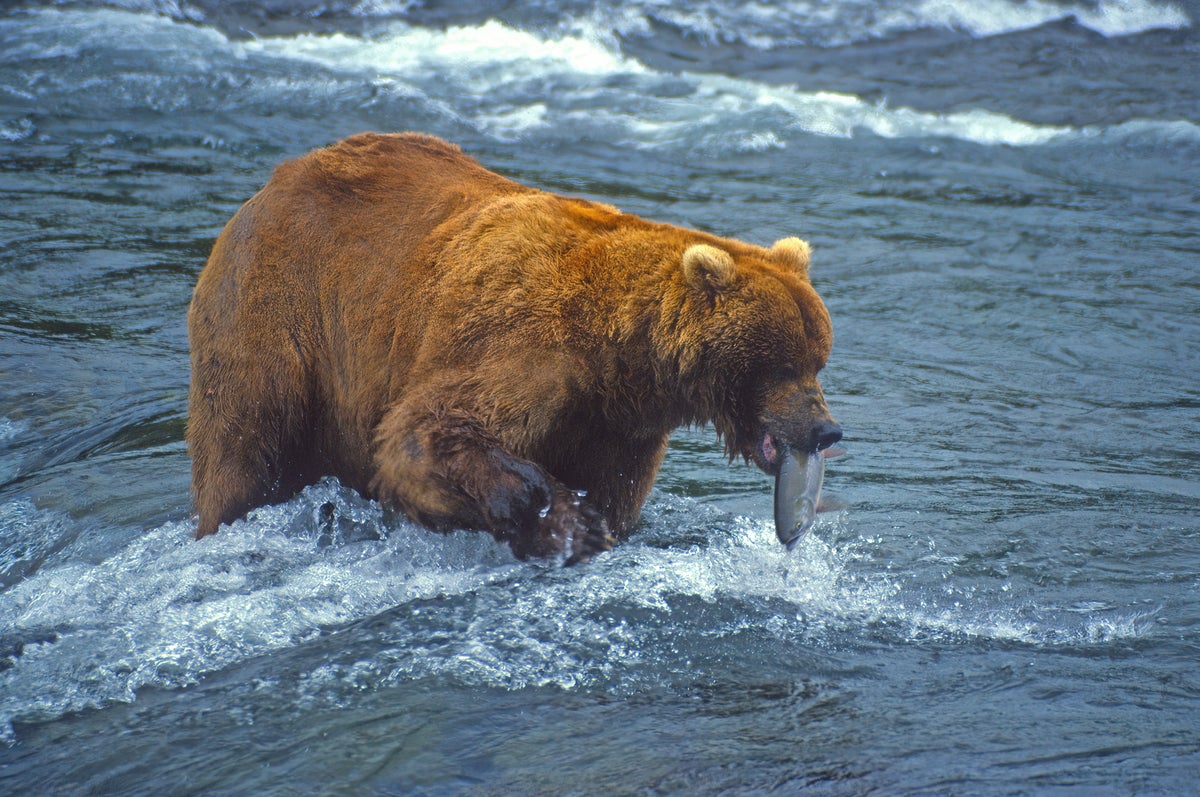 Election season has arrived in America — and not just in Washington, DC.

Fan favourites, returning winners and rookies are among this year’s competitors for the championship, which will be awarded on October 11 — also known as “Fat Bear Tuesday”.

The contest, in addition to being fun, brings attention to “the resilience, adaptability and strength of Katmai’s brown bears” as they prepare for their winter hibernation, says the National Parks Service.

Fat Bear Week is simple — twelve of the grizzly bears living in Katmai National Park are put in a bracket, and people vote for their preferred bears.

The criteria? Mostly that remains up to the voter, but the contest rules suggest that one may want to consider growth spurts from younger bears, bears with particularly challenging life stories, or even the difficulties of gaining weight as an older bear.

“You can also vote for the bear you think is the simply the largest and fattest,” the instructions read.

Grizzly bears — a subspecies of brown bear native to western North America — are lumbering, elegant beasts all year round. Male grizzlies can weigh up to 1,500 pounds (680 kilograms) in parts of Alaska, and run in sprints up to 40 miles per hour (64 kilometres per hour), according to the Alaska Department of Fish and Game.

Most bears reach their rotund apotheosis in mid-autumn as they prepare for the long, cold winter. During the winter months, the bears will not eat or drink, and they rely on stored fat to survive, which they gather by eating gratuitously in the spring, summer and early fall, the contest notes.

In Katmai National Park, about 300 miles southwest of Anchorage, the bears gain weight mainly with salmon, which swim through the park’s rivers. Grizzlies in the park will, much like the iconic image, wait in rivers or at the top of a small waterfall to snag the salmon.

Each match-up features two photos of each bear, one photo from the summer – before they’ve put on their winter fat – and one photo after they’ve reached a more impressive fat bear status, so votes can judge their weight-gaining journey.

This year’s tournament features some stiff competition. One bear, called 909’s yearling, is not even two years old but has grown to be an impressively large bear. She’s even already won this year’s Fat Bear junior competition.

On the other hand, while a bear named 480 Otis is one of the older bears in the competition, he’s also a four-time Fat Bear Week champion. His first win was in 2014, then he had back-to-back wins in 2016-2017, and another win last year.

The contest notes that Otis once ate 42 salmon in one sitting, an impressive feat, even for a multi-hundred-pound grizzly bear.

Biographies of all twelve bears in this year’s competition are available on the contest website, and extra-curious bear fans can watch a live stream of the grizzlies at Brooks Falls in Katmai National Park to try and spot a bear snagging a salmon from the river.

And as much fun as this competition is, Mr Fitz also believes it has a more earnest side effect as well.

“People learn more about brown bears and the salmon this way,” he told the Times. “And hopefully that translated to a greater sense of care for this remarkable place, as well as for bears and salmon around the world.”

Globally, brown bears are listed as “Least Concern” — meaning at the lowest risk for extinction — by the International Union for Conservation of Nature’s Red List, a global analysis of wildlife threat.

Historically, grizzly bears used to range much further than they do now. While the mammals used to roam from northern Mexico to Missouri and all the way up to the northern shores of the Arctic Ocean, they’re now mostly found in western Canada and Alaska.

In the 1930s, grizzlies were left to just 2 per cent of their former range in the lower 48 US states, according to the US Fish and Wildlife Service (USFWS). The animals had been hunted, trapped and poisoned because they were seen as threats to livestock and human safety, the agency says.

By 1975, there were less than 800 grizzly bears in the lower 48 states, the agency says. Now, grizzlies in the contiguous US are listed as threatened under the Endangered Species Act, and numbers have rebounded to nearly 2,000 bears in parts of Washington, Idaho, Wyoming and Montana.

Voting for Fat Bear Week began on Wednesday and continues through Tuesday.